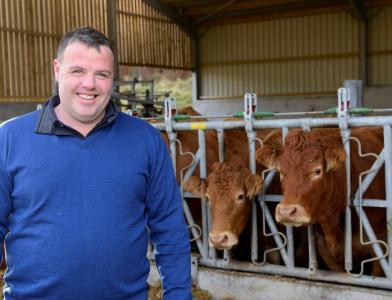 The opportunity to improve suckler herd margins on the west coast of Scotland will be the focus of the next meeting of the Lochaber Monitor Farm on June 29th.

Strone Farm, a 1,200-hectare hill farm located in the Great Glen, one of Scotland’s most scenic locations, is run by Chris Cameron in partnership with his father Malcolm and mother Eileen.

At the meeting, which will begin at 11am and includes lunch, the profitability of west coast suckler systems will be carefully considered.

The strengths and weaknesses of the different systems, including in-wintering versus out-wintering, will be considered along with what aspects of each system work best in terms of financial return.

Another objective of the meeting will be to identify a realistic set of key performance indicators for west coast suckler herds, which will be a useful tool for the monitor farm community group going forward.

The meeting will also involve a close look at the cattle system in place at Strone.  “The initial part of the meeting will involve attendees being out on the farm, looking at the cattle and being given a detailed update on the current cattle policy and management system at Strone,” said Paolo Berardelli, Chairman of the Monitor Farm Management Group.

“We will then return carry out a comparison of the system with other farms in the local area. This will be done by management group members explaining their farming policies.”

The meetings are open and free for all farmers to attend.  Attendees will also have an input into topics covered, speakers invited to meetings and visits to other enterprises and businesses.

To book your attendance (and lunch!) please contact Niall Campbell or Morven MacArthur on 01631 563093 or email fbsoban@sac.co.uk.